We Are Minnesota Roller Derby

As one league member stated, “not all the skaters that skate under this flag see themselves in it, and that's not OK. I want everyone to feel proud and like they belong and can see themselves represented in our brand.” The new look and feel evokes the revolution of our wheels, the vibrance of our community and the electricity of game night at the Legendary Roy Wilkins Auditorium.

In keeping with the legacy of the trailblazing women who founded the Minnesota RollerGirls in 2004, Minnesota Roller Derby is committed to empowering non-binary people, gender expansive people and women to thrive and build a community around camaraderie and social responsibility.

We find community within competition. We value different perspectives. We fiercely support the causes and groups that are important to us. And we have a damn good time.

MNRD is a six-team, flat track roller derby league in Saint Paul, Minnesota founded on August 31, 2004. MNRD is a founding member of the Women’s Flat Track Derby Association (WFTDA) and competes internationally. MNRD welcomes all people to join its ranks, including women, non-binary and gender expansive people. Every member of Minnesota Roller Derby is held to the highest standards of integrity, ethics and good will and must adhere to rules set by the league and by the WFTDA. Skaters are not paid and a portion of the proceeds raised by the league is contributed to local charities. 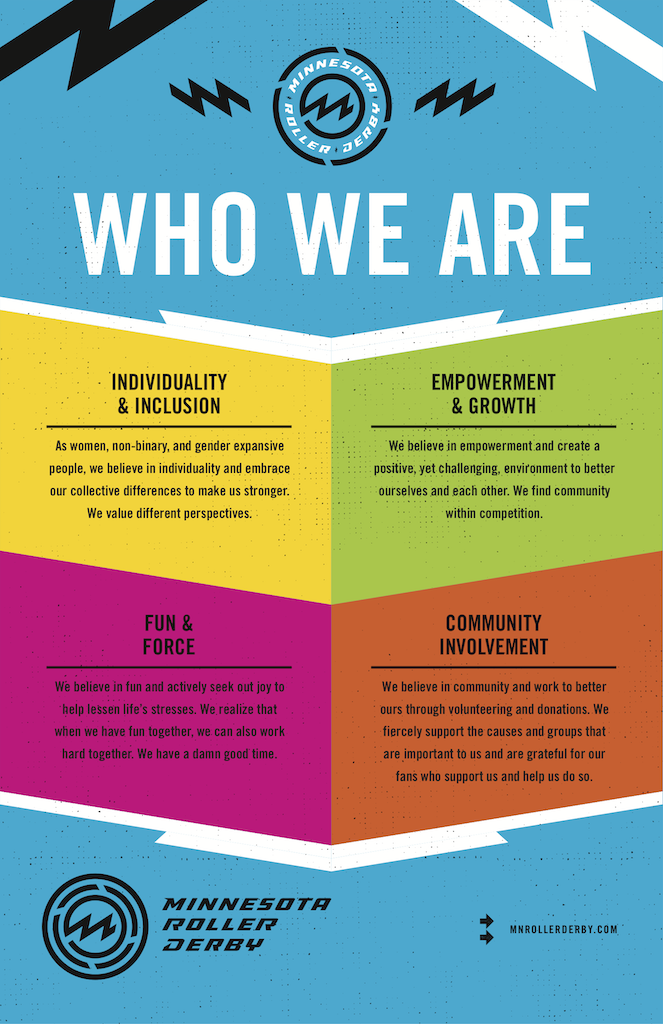