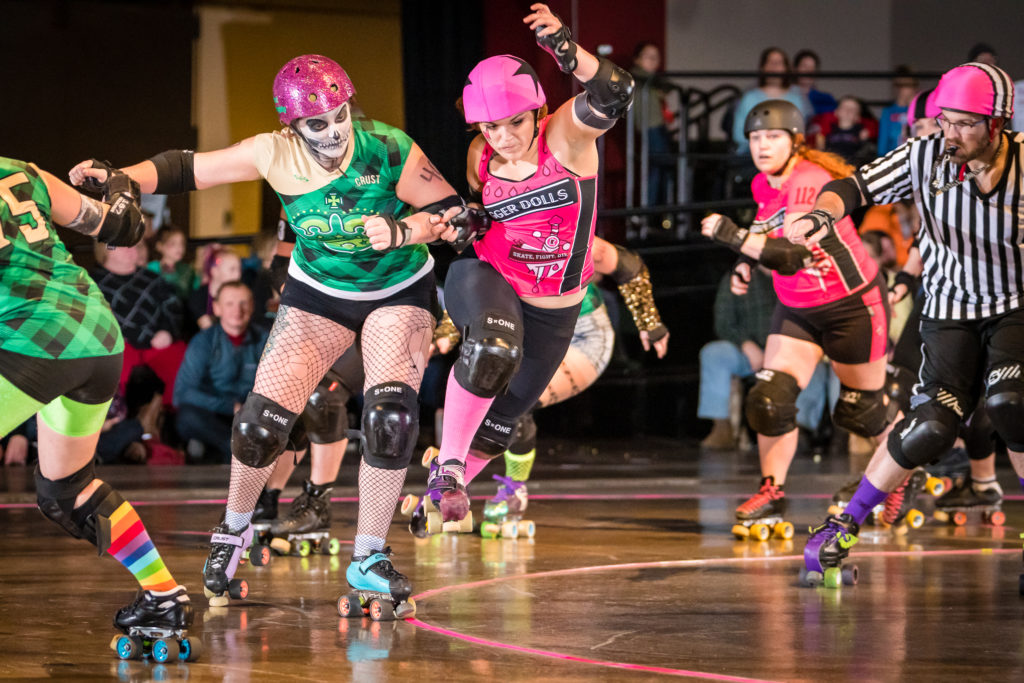 Roller derby is a fast-paced, full-contact sport played on quad roller skates. Each game is two, 30-minute periods composed of two minute plays, or “jams.” Each team starts with four skaters playing defense (“blockers”) and one player playing offense (“jammer”).The jammer must pass each opposing blocker upright and in-bounds in order to make a legal lap. The first jammer to make it past the group of blockers (the “pack”) on their initial lap is designated as “lead jammer,” and has the power to stop the jam before two minutes are up. After the initial lap, jammers accumulate one point for every opposing blocker they pass.

Skaters may not hit other skaters with their hands, head, or feet. Additionally, skaters may not hit others in the head, back, or feet. Doing often times leads to a penalty. Penalties are common and happen without game stoppage. Players report to the penalty box for a 30 second penalty during gameplay, then return to gameplay. However, skaters may only accrue 7 during the game, or they will foul out. Skating officials and non-skating officials monitor the game from both the inside and outside of the track to ensure safety and fairness. You can access all the rules here.

Roller derby began in the 1930s as skating marathons during the Great Depression. Promoter Leo Seltzer discovered that the events were more exciting when the skaters would push and shove one another to gain position. He began to market these as a full-contact sport. Roller derby experienced a revival in the 1970s and was often shown on Saturday afternoon TV. Most recently, a group of women in Austin, Texas in the early 2000s created the modern iteration of the sport. Currently, there are over 500 leagues on 6 continents playing the modern, flat-track version of the game. Here is a FAQ from the Women’s Flat Track Derby Association about different aspects of roller derby.

Although roller derby has gone through a lot of changes — different rules, banked vs. flat tracks, and staged fights--it has stayed true to its roots: it is played by fierce, passionate athletes who play for the love of the game. 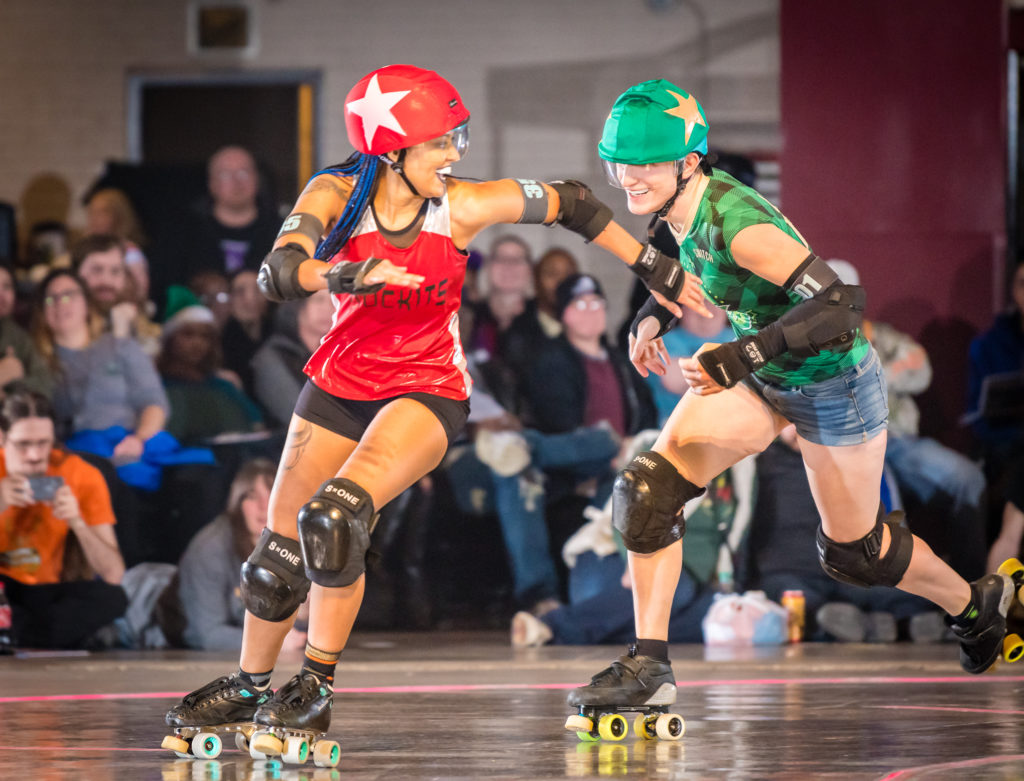